An Introduction to Stablecoins and Why They’re So Important 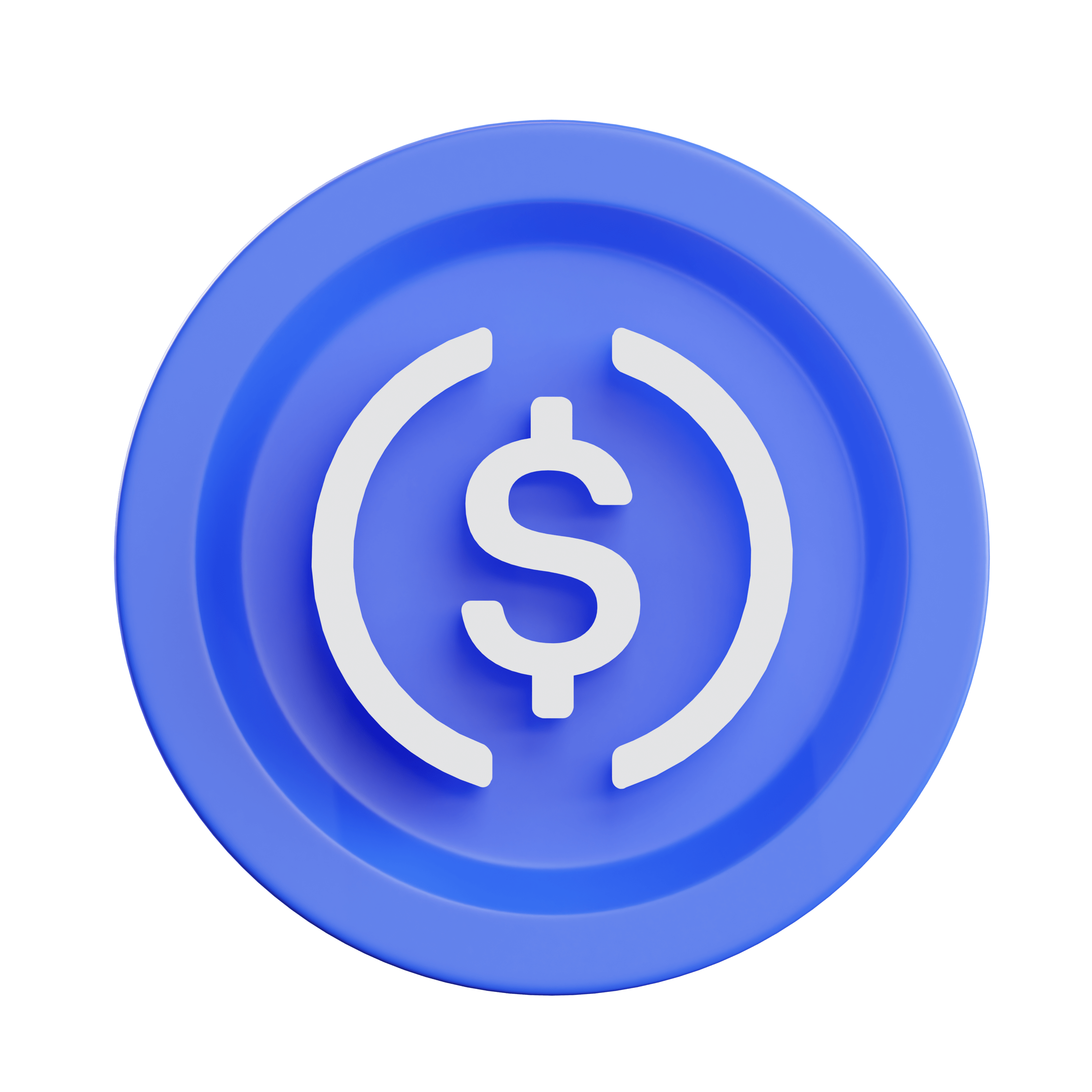 If you have a regular US dollar in your wallet, one of its biggest advantages is you know roughly how much it's worth on any given day. Setting dramatic economic events aside, you know pretty much how much milk, gasoline, or fried chicken your dollar will buy, which gives you and the economy in which you operate the sense of stability needed in order to function.

However, anyone who’s even been paying the slightest attention to financial news recently knows that this stability is severely lacking in the cryptocurrency markets. With crypto prices fluctuating fiercely and seemingly at the drop of hat, it makes digital currencies difficult for people to use on a day-to-day basis since what your Bitcoin is worth this morning may change dramatically by lunchtime.

How Do Stablecoins Work?

It used to be the case that traditional currencies were pegged to the price of gold; however, the US came off the gold standard in 1933, and not a single currency remains tied to the metal today. Instead, the US dollar itself has become the most popular collateral reserve, with at least 14 currencies tied to its price.

In much the same way, many stablecoins have tied their value to the US dollar, holding reserves of the currency in order to back up the value of their coins. Put simply, $100 held in a traditional bank can be used to guarantee 100 stablecoins. When a stablecoin owner wants to sell their coins, an equal amount of dollars is removed from the reserve, maintaining the market price of the coin.

Stablecoins that follow this method are known as fiat-collateralized stablecoins — with fiat being any government-issued currency that’s not backed by a physical commodity but is instead guaranteed by the government that issued it. Although possible collateral can also include gold and oil, the US dollar’s position as the world’s prime currency reserve makes it a more stable option. Either way, whatever collateral is being held must be regularly audited to guarantee the value of that particular stablecoin.

Crypto-collateralized stablecoins use the same principle as fiat-backed stablecoins, except they’re tied to other cryptocurrencies. Now, admittedly, trying to stabilize one cryptocurrency by tying it to another may sound a little like trying to save one sinking ship by tying it to another sinking ship; however, the process is a little more complex than that.

First of all, crypto-collateral tends to be made up of a collection of different cryptocurrencies as opposed to just one, mitigating the market risk. Secondly, due to the inherent volatility that cryptocurrencies suffer from — at least at present — these types of stablecoins are over-collateralized, as the value of the crypto assets held as security is significantly higher than the value of the stablecoin itself. This serves as a buffer against sharp downturns in the market. For example, if a stablecoin wants to issue $100 worth of coins, it may have to hold $200 worth of Ethereum and Bitcoin in order to guarantee it.

It’s probably fair to say that crypto collateral isn’t quite as reliable as fiat-backed collateral, with cryptocurrencies having been known to go completely bust. However, there is a third option.

Algorithmic stablecoins don’t use collateral, but instead simply create or destroy coins depending on the coin’s market value. It’s perhaps the most intuitive way to stabilize the price — if the value is too high, more coins are issued to lower it, and if the price is too low, coins are ‘burned’ to enhance their ‘rarity’ and increase their value.

As simple as it may sound, however, it’s a hard trick to pull off in practice. Unfortunately, the algorithms at the heart of these types of stablecoins have an inherently weak architecture that requires a minimum level of market demand in order to function properly. If that demand isn’t met for any reason, these stablecoins can suffer huge price drops, defeating their reason for existing in the first place.

So what are the main stablecoins options?

USD Coin (USDC) is a stablecoin created by cryptocurrency firms Circle and Coinbase that was launched in 2018. With the coin pegged at $1, the equivalent collateral is held in accounts at regulated US banks that are audited on a monthly basis.

The coin was initially launched as an ERC-20 token on the Ethereum blockchain; however, it has now expanded its reach to any number of other blockchains including Algorand, Solana, and Stellar, and it has become one of the most popular stablecoins around. With a market cap of $54 billion, it’s a close second to Tether — a stablecoin with a market cap of $72 billion. However, while Tether may be more widely used, USDC is generally considered a safer investment, as its issuers rigorously comply with audit requirements and government regulations. With Circle announcing that they expect the supply of USDC to hit $190 billion in 2023, its reputation as a reliable equivalent to traditional currency seems to be spreading.

Launched in 2014, Tether (USDT) was one of the first stablecoins and is currently the most popular by market cap. The stablecoin of choice for traders looking to quickly move assets from one exchange to another, USDT was originally pegged at $1 — however, the coin has suffered its fair share of controversy since, regarding the amount of collateral it actually holds. Unlike Circle, USDT’s issuers — the Hong Kong-based company Tether Limited/Bitfinex — aren’t quite so rigorous or transparent about their operations. Not only has Tether been accused of having a ‘very questionable legal past’, but it’s now generally accepted in the market that USDT isn’t fully collateralized.

These allegations eventually resulted in a lengthy lawsuit between Bitfinex and the New York Attorney General involving claims that Bitfinex had attempted to hide an $850 million shortfall. Although the case was settled, Bitfinex had to pay $18.5 million and has been ordered to submit quarterly reports on their reserves. While USDT is currently still the superstar of the stablecoin market, like all superstars, it may not be as stable as you might think.

Launched in 2015 and pegged to the US dollar, Dai is built around Ethereum’s token, Ether. The first fully decentralized, collateral-backed cryptocurrency, Dai maintains its dollar parity by holding crypto assets in smart contracts. What this means is that instead of holding physical dollars, Dai holds collateralized debt on the Ethereum blockchain. Now, collateralized Ether debt is an entire sub-science in its own right, which we won’t go into here; however, what’s important is that Dai stablecoin is entirely managed by smart contracts. While the decentralized nature of the stablecoin may be forward-thinking, it’s important to remember that smart contract technology is still in its infancy, and in 2020, Dai paid the price for that with weaknesses in its system causing it to suffer losses of $8 million due to investor exploitation.

With a current market cap of $18 billion, Binance USD (BUSD) was launched in 2019 and rode a wave of Defi and NFT innovations to become one of the most trusted stablecoins. Another coin with USD pegging, BUSD is considered particularly stable, as it’s subject to rigorous and regular audits as well as being approved by the New York State Department of Financial Services (NYDFS). With over one million people holding BUSD, it’s not only the preferred option when trading NFTs, but with its ‘Multi-Assets Mode’ allowing investors to trade multiple contracts with greater protection, BUSD is growing into a reliable industry standard.

A Shock to the System

When considering stablecoins, the most important requirement before investing is to separate the marketing from the reality. Every stablecoin on the planet is selling itself as a safe crypto haven; however, in early 2022, the market was shaken by the collapse of the stablecoin TerraUSD, with the value of the coin, which had been pegged at $1, crashing to just over $0.11 in a single day.

With TerraUSD seeming to be a stablecoin in name only, transparency is most definitely the new buzzword.

When it comes to stablecoins, believe in the collateral you can see, not the hype that’s selling it.